It’s officially summer and boy do the French know how to kick it off! June 21st marks the end of school, the beginning of summer and of course, the Fete de la Musique- where musicians, performers and music lovers take to the streets for some good ole free concerts.

I first stumbled upon it years ago in Paris, as my friends and I settled in for a picnic at the Sacre Coeur and ended up staying through the night with a full on Parisian party, followed by an enthusiastic concert by the Seine. Ah Paris. What a memorable night. 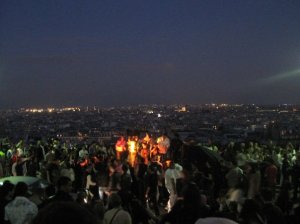 This year Grenoble did not disappoint. Musicians galore- from folk, to flute, to electro, to even bagpipe players, set up in the streets. My personal favorite was the portable night club that parked itself right in front of the prefecture. I’ve spent so many hellish hours and days at the prefecture, that it was nice to see it in a different light. 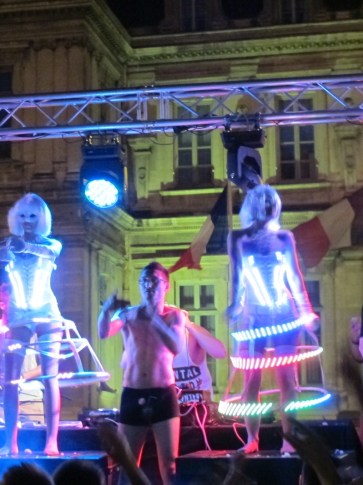 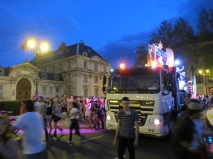 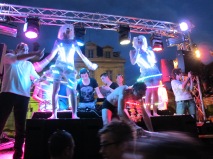 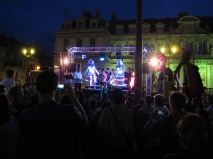 Crowd can come as they please

And what an appropriate summer start/commencement of my official move to Grenoble-dancing in front of the prefecture with an American-flag-wrapped Frenchie as my guide. 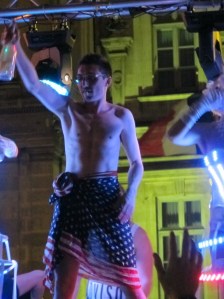