I meant to share this post when I first returned to the states….a.k.a. before I got all distracted and procrastinatey. But now I’ve decided to share it- just in time for my return to France!

This is a strange place.

The pipes in Texas are so hot that it’s impossible to get cold water from the sink. Even cool water. I’m lucky if it comes out lukewarm as I’m brushing my teeth. On the other hand, the air conditioning is so ice-cold, that by the time I go outside, I welcome the oven-like furnace heat as the thick air thaws my frozen flesh. And the cars- oh how the cars continuously catch my eye- all shiny, and giant, and new. Slick SUVs and Trucks consuming the large roads. SO. Shiny.

I’m not just back in America. I’m in Texas.

And it only took one year, four countries, and five cities, before I was home. Well, Houston.

Flying through Amsterdam was surreal. I felt like Alice in wonderland as I passed by giant tea cups, bizarre rooms with colorfully changing fire places, spa fish cleansing feet, and gargantuan trees housing the sleep deprived. The nerves I felt about leaving the EU border (with only a récépissé in hand) quickly evaporated into the playful airport’s atmosphere. 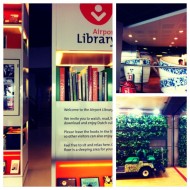 But then reality hit as the boarding sign flashed “come to gate E6”, even though it was two hours early. “Surely this is a mistake”, I thought. It wasn’t. After waiting in yet another line for my passport to be scanned yet again, I was sent to a small table to be interviewed by the Quiz Master. Before I was permitted to enter the waiting area for my flight, I had to answer a series of questions:

Where are you coming from?
Why France?
What were you doing there?
But why did you fly from Geneva?

Then it got fun:

Quiz Master: So where did you pack your bag?

Quiz Master: Can u be more specific?

Quiz Master: Do you live alone?

Me: No. I live with my boyfriend.

Me: (Painfully attempting to hide my irritation) No. We met in the states. (But so what?!) Going on almost three years now (What does it matter to you!?!)

And with that I was permitted to fly back to the United States. All without punching a Quiz Master.

After being x-rayed a few more times and sucking up an insufferable international flight sandwiched in the middle, I felt like I had completed a feat- no a quest- when I finally set foot in Houston. One way or another I would be there for my Grandma.

Oh strange Houston space cow, you’re on a mission. I respect that.

But as I was greeted by a taxi rather than a family, and as I drove into Houston, not Austin, things felt strange. My mind flipped back and forth as we passed only American restaurants and stores. As we traversed the familiarity of giant Texan interstate roads, but they were roads I had never traveled down before. I knew this land but it wasn’t my home. It felt foreign and familiar all at once. Was this France’s doing? Was this jet lag? Was this some freaky Quiz Master sorcery?! Clearly I was delirious…

I happily exited the taxi and made my way to the hotel room where my sister was waiting. Where familiarity was waiting. But as she greeted me, I was surprised by the pull of emotions. Where was the big reunion? Where was the big feeling of returning home? I was confused by the knowledge that I had just seen her a mere two weeks ago traveling through Europe. And we were in a hotel in an unfamiliar place. We could still be in Europe for all I knew! Jet lag is not to be underestimated.

But the next day when I saw my grandma it was clear I’d made it home. Although it didn’t erase the following weeks of culture shock spasticness.

First of all everything was big. True, they say that “everything’s bigger in Texas”, but things like elevators. And sodas. And cars. And hotel rooms. And bathrooms. And showers. It was all so big. I’d be lying if I said that I kept it cool when I took my first shower back in America.

I was overstimulated in a way I didn’t imagine. Things were spacious and shiny and loud. I couldn’t hold a conversation if the TV or radio was on. It was too much English in one sitting. 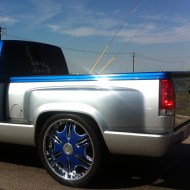 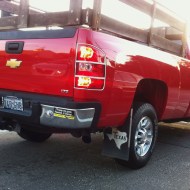 Antlers in a cooler?

Consequently I couldn’t believe how much Texans talked. Even worse- I couldn’t believe how much I talked. I talked to strangers and people in lines. I asked questions and interjected where I probably shouldn’t. I told animated stories and unleashed too much sarcasm on any poor soul who interacted with me with too much alcohol. I talked until my sister complained. I talked until it felt normal again. I had so many words that could flow out. Words that weren’t trapped in my brain, swirling around for a simplified French translation.

And maybe home will continue to feel slightly foreign. Maybe France will never quite feel like home. Or maybe home will exist when I can set these wanderlusting roots a little deeper into a stationary place. Or maybe I should continue to prepare myself for wonderlands, quiz masters, jet lagged delirium, and overstimulated conversing, because it’s all part of some pretty amazing experiences- wherever that might be.

One thing I know- this place may be strange, but it’s good to be here. 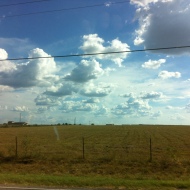 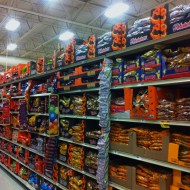 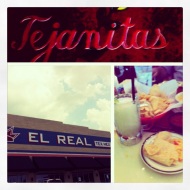 7 thoughts on “The Return”